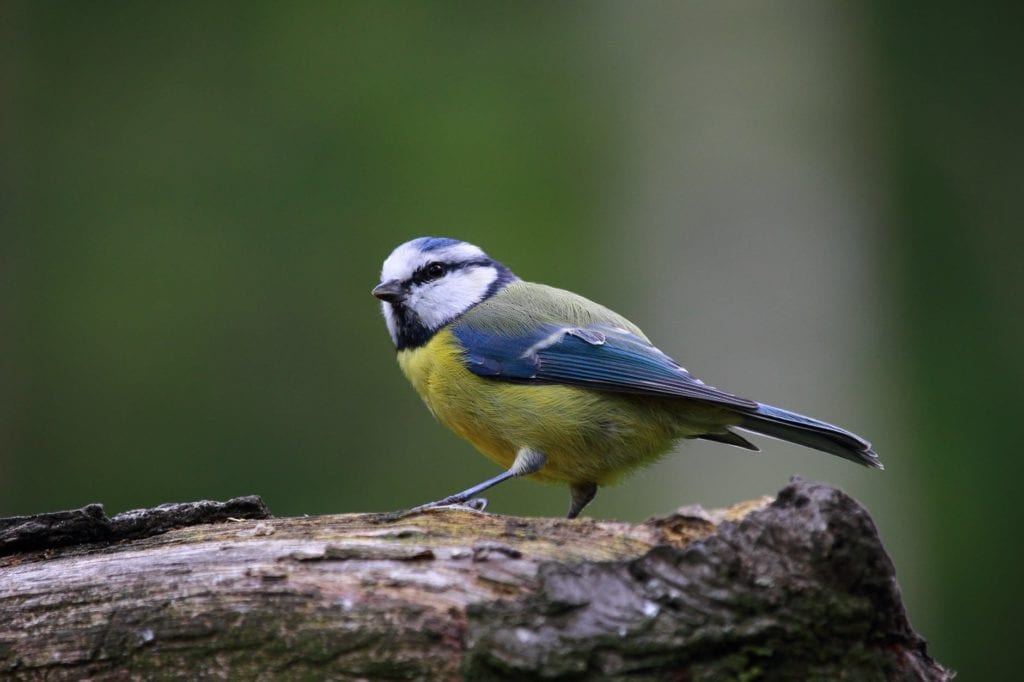 Birdsong can play a crucial role in tackling post lockdown re-entry anxiety this spring. Though experts warn over 90% of some songbird species have disappeared from the UK, partly due to urbanisation destroying habitat

Birdsong is set to play a crucial role this spring in tackling ‘re-entry anxiety’, which is predicted to become more common as we come out of lockdown. A study commissioned by the National Trust found that listening to woodland sounds, such as birdsong, led to a 30% increase in feelings of relaxation.

However, the dawn chorus is becoming increasingly rare for many in UK cities. Loss of habitat and paved gardens mean that songbirds are in rapid decline across the UK - at least 10 different songbird species are on the RSPB’s ‘State of UK’s Birds Red List’.

April through to June is the best period to experience the dawn chorus of UK songbirds, and it is also the breeding season for songbirds when they most need our support to provide energy-rich food in our gardens. There’s still time to act to encourage songbirds in the garden and support the UK’s endangered wildlife.

In order to help as many as possible enjoy the stress-relieving tunes of UK birds this spring, Sean McMenemy, wildlife expert and Director at Ark Wildlife, has spoken to garden experts and provides his own tips for how those living in UK towns and cities can encourage songbirds in their garden and the local area.

The UK’s most endangered songbirds - can you spot them this spring?
According to the latest ‘State of UK’s Birds’ report from the British Trust for Ornithology and RSPB, the following species have been identified as declining severely between 1970-2018:

Dr Simon Pickering, Ecologist and Chair of the Environment Committee on Stroud District Council, says: "There will be 20 million fewer pairs of birds breeding in the UK in spring 2021 than in the 1960s, because of the destruction of their feeding and nesting habitat. Intensive farming is the greatest cause of this decline, followed by climate change, drainage of wetlands along with road building and development.”

How to attract songbirds into the garden

Knowing which food songbirds like to eat is key for increasing the number of birds you attract, and therefore boosts the chances you’ll get to hear a beautiful dawn chorus.

Even amongst the different types of songbird species, there is a range of different food that each one prefers, so it may take a bit of trial and error to figure out what works best in your local area.

What food can support songbirds?

Some bird species eat up to 12% of their body weight daily, which means that having a constant supply of energy-rich songbird food that can be easily located and consumed is an extremely attractive prospect for them.

Some songbirds prefer to feed off the ground, whilst others prefer perching up high, so experiment with different garden bird feeders depending on what space you have available.

What to plant to encourage songbirds

Carolyn Dunster, specialist in urban gardening and author of Urban Flowers, says: “In order to attract songbirds it is worth planting trees and shrubs that bear fruits in order to provide something for them to feed on. In small gardens and on balconies and terraces there are miniature tree varieties that can be grown in pots and containers. Any trees with small berries such as ornamental cherries provide wonderful flowering blossoms in spring that develop into small fruits that are a favourite for songbirds such as thrushes, sparrows and robins.

A shrub such as Viburnum tinus can be used for boundary hedging or to disguise an ugly wall and produces white-pink flowers with a lovely fragrance and then attractive dark black clusters of fruits that provide further feasting for small birds.”

Trees that bear small berries, such as ornamental cherries

Shrubs such as Viburnum tinus

Charlotte Dew, urban landscape architect at URBED, says: “There's a lot of interlinked food chains to consider. A higher insect population means more food for birds. It's a good idea to hold back from weeding dandelions to help the insects make it through to summer when more food sources are about. Having a wild area of your garden where insects can thrive undisturbed from 'garden tidying/prettying' is also a way to support wildlife.

Having even a very small water feature such as a bucket of water with aquatic plants is a great way of boosting the ecological value of a garden, and is possible in even the smallest of urban gardens.”

Which songbird habitats have been destroyed, affecting numbers in cities and towns?

“Hedges saw some dark decades last century, where incentivise removal led to the loss of up to 50% in some areas. Thankfully this outright loss has now slowed; it became illegal to remove hedges without permission in 1997 and now we are seeing many being replanted. But due to this historic loss, it is more important than ever that the remaining hedges are healthy. Unhealthy hedges don’t have many of the features needed to live up to their potential as wildlife habitats. For example, an over-trimmed hedge may not have the vegetation at the base that shelters nesting or feeding birds.”

“Non-commercially active orchards, often within the residential curtilage, are not considered agricultural land, which removes one of the obstacles to development. The planning process completely fails to protect priority habitats in most cases, as developers are able to effectively circumvent restriction by pre-application removal, or paying for mitigation or compensation. Unfortunately, the steps normally taken have not proven to be effective.”

Where to give further support:

People’s Trust for Endangered Species - charity working to conserve habitats such as hedgerows, traditional orchards and wood pasture & parkland, among other native species