Do You Fear Making More Money? 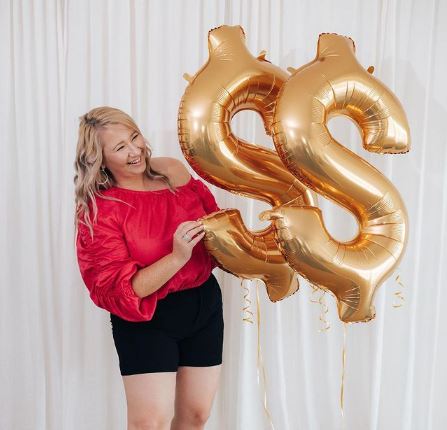 Yesterday I was working with a client through her fear of success. She was anxious about how she was going to handle the responsibility of having a bigger business and what it would mean to have more money in her possession.

This may seem silly and not something we openly want to admit, but most people fear to make more money. Having more money than we have ever had can bring up a lot of fears and emotions that we don’t know how to handle, and we don’t realize are blocking us from welcoming more abundance into our businesses and lives.

We think we want more money, but then subconsciously we resist it.

As ludicrous as it sounds – most of us fear making more money. We think we want more money but when we think about what it’s going to take and who we have to become in the process, it brings up so many unknowns and fears around judgment, greed, guilt, and having it all taken away from you.

Most of us sweep those fears under the rug and keep taking massive action, working towards the goals we want for our lives, but slowly but surely, the self-sabotaging behaviors start to seep in.

If you don’t take the time to work through your money fears and release the attachment they have to your identity, it’s only a matter of time before you go into overwhelm, doubt and fear about making more money.

Money is so intertwined with our safety and security that it can bring up so many fears of lack, abandonment, failure, being ostracised and rejected, that no wonder we sabotage it happening.

Our brains are ultimately designed to point out the danger and keep us safe, and if making more money puts us in danger of judgment, rejection, failure, then it’s going to do all it can to talk you out of achieving that monetary goal.

This is why the money mindset work for business owners is so important. Unless we unearth these limiting beliefs and fears and work through them, we will continuously come up against what feels like an invisible wall of overwhelm, stress, anxiety, and fear that stops you in your tracks when it comes to taking things to the next level.

First and foremost, you need to get the fears and beliefs out of your head. Write them down, all of them. Things always seem bigger when they’re in our heads, to take back control you need to get a clear picture of what’s holding you back.

Once you’ve written them all down – ask yourself – are these my beliefs or someone else’s?

Often, we unconsciously adopt beliefs about money from our primary caregivers at such a young age that we don’t have the capacity to question whether we truly believe them. Take each belief through these questions and see how that changes how you feel about them.

Why do you believe this to be true?
If you didn’t believe this what would be possible for you?
What has this belief cost you in the past?
Why is it important to change this belief?
What would you like to believe instead?

Sometimes just questioning the belief helps to shift it so we can move past it, but for those deeply ingrained beliefs, that have become a strong truth for us, we need to go deeper.

Our beliefs have become true for us because we have past evidence to prove them right. Things that have happened in the past that makes us see it as proof that it must be true.

Here are three further things you can do to change the belief:

Let me give you an example.

I’m sure you can, this is why you believe it. Sometimes the evidence can be as flimsy as – I saw it in a movie one time where the lead role had so many issues with money and lost it all as a result and now I believe that more money will bring more problems.

What could you change it to?

Now that you have opened up your mind to the inconsistencies of the belief, it’s time to insert new evidence to prove the new belief right.

Replace the old stories you have about money with new empowering ones.

Read stories of wealth, autobiographies of business owners who have achieved great things with their wealth, follow inspiring people on social media who have positive money stories and unfollow those who share from a place of lack.

Take back control of what’s rolling around in your head.

You can eliminate your fears with more information and education. The reason you fear making more money is most likely because it’s an unknown. Unchartered territory – how are you expected to know what to do with it, if you’ve never had more money before?

Fill your mind with positive, inspiring, empowering money talk so you have no chance but to believe in the possibilities, not the problems.