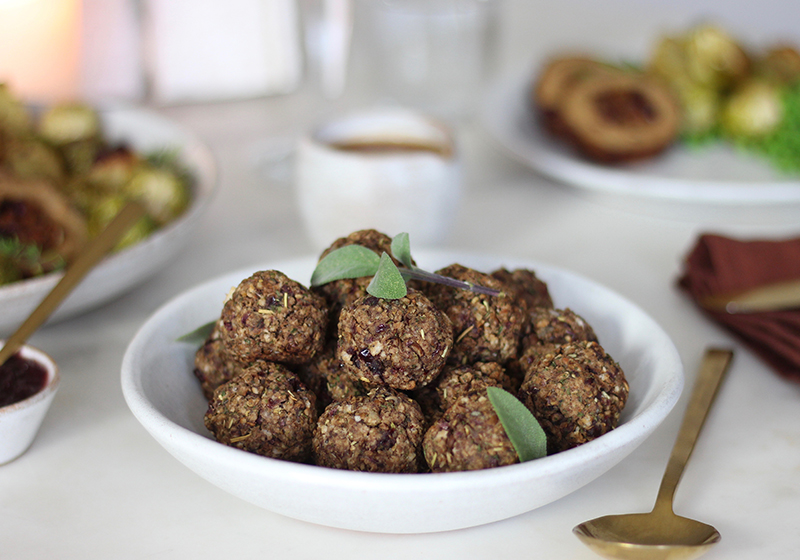 1 can of Mr Organic Lentils

Salt and Pepper to taste

1. Heat the Mr Organic Rapeseed Oil in a pan then add in the chopped red onion, cooking it down until it begins to soften.

2.Next, add the walnut halves and dried cranberries into a food processor and pulse them for around 30 seconds until they have broken down into smaller pieces.

4. Pulse in the food processor again, until everything is well combined and begins to stick together. The lentils should be blended enough to bind the mixture, but some whole lentils still remain for texture. At this point, preheat the oven to 180 degrees Celsius.

5. Take a heaped tablespoon of the stuﬃng mixture at a time, and roll and mould it between the palms of your hands to form a ball - in total, the stuﬃng mixture should make 16 stuﬃng balls. Lay the stuﬃng balls out evenly on a lined baking tray once they have all been made and then place them in the oven to bake for 15-20 minutes until slightly golden and crispy on the outside.

6. Once baked, remove them from the oven and serve warm with some fresh sage for decoration as the perfect dinner side dish.