Can Psychedelics Help Rewire Your Brain? 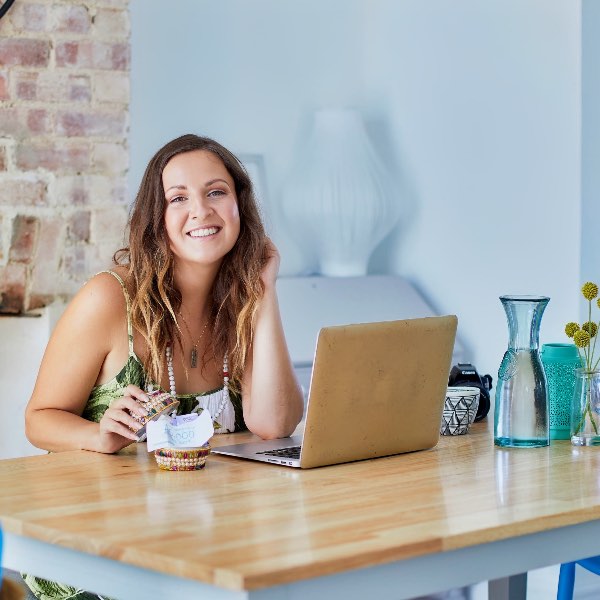 Those of you who know me have probably heard me talking about plant medicine or psychedelics and their incredible potential for transformation.

As someone in the process of writing a book on the benefits of psychedelics and organizing a legal, safe psychedelic retreat on a private island in the Netherlands in September 2021, I'm always excited to share stories and information about the vast potential of these substances.

What are psychedelics? And how do they work exactly? Let's first clear up a few terms: the word "psychedelic" combines the Greek words for mind/soul (psyche), and manifest/reveal (dēlos) – meaning anything that brings the true nature of the mind into a conscious, observable space. When referring to psychedelics, we are usually talking about substances that produce a specific altered state of consciousness, such as LSD, magic mushrooms, or ayahuasca, to name a few.

You might also hear the term entheogen, which means "to find God within oneself,” which refers to a psychoactive substance that induces alternations in perception, mood, consciousness, cognition, or behavior for the purposes of bringing about spiritual development in a sacred context. It was proposed as a replacement for the words hallucinogen or psychedelic, but generally, these terms can more or less be used interchangeably.

The term 'plant medicine' is also used to honor the fact that these substances come from natural sources and have been used medicinally and ceremonially for thousands of years.

The History of Psychedelics

Some historians believe that several major civilizations had discovered psychedelics – in the Vedas (over 5000 years ago), there is a reference to "soma,” a plant medicine that allowed people to communicate with the Gods.

From descriptions of its effects, most people agree that it was some kind of psychedelic plant. The Maya, Aztecs and Olmecs, and many North and South American societies showed evidence of giving great importance to entheogens.

In the book Food of the Gods, Terrance McKenna suggested that the development of homo erectus to homo sapiens around 100,000 BCE was connected by the discovery of magic mushrooms!

The next advance in human's relationship with psychedelics happened in the 1950s when scientist Albert Hoffman – while looking at ways to treat and prevent PTSD – accidentally took a massive dose of LSD before his daily bike ride home. As you might imagine, he was in for a wild ride – he took around 100x the regular recommended dose! After his experience, he started to conduct studies into the therapeutic uses of psilocybin, even going into prisons and looking at its potential for mindset shifting (can you imagine being allowed to do that now?!)

Between the 1950s and '1970s, a ton of research was gathered showing the therapeutic effects of psychedelics, but it was in the 1970s when the Nixon started to feel threatened by the links between hippie psychedelic counterculture and resistance to the Vietnam war that the War on Drugs began.

The research was paused for decades, and it's only in the last few years that it has picked up again. Of course, now we have far more advanced brain imaging technology than we did back in the 1960s, so scientists can look into exactly how psychedelics work on the brain.

There are hundreds of ground-breaking studies being done from John Hopkins to Imperial College London into exactly how psychedelics affect the brain, and studies so far have found substantial positive effects: from massive drops in anxiety, depression, and trauma to increases in positive emotions, empathy, and relationships, decision making, life satisfaction, creativity, and problem-solving, optimism, gratitude, forgiveness, mindfulness, openness, and spiritual insights. You might be thinking as you read this, "Isn't that exactly what coaching and Positive Psychology try to work on?" – and you would be right! Coaching and Positive Psychology looks to shift our mindset to help us undergo a vast transformation. In many ways, psychedelics can fast-track the process – some have described a single session with psychedelics as "like ten years of therapy in a very short session".

What's super exciting at the moment is that psychedelics research is not only focusing on how to treat conditions like anxiety and depression, in other words going from a -7 to a 0 but on how psychedelics and coaching might be used side-by-side to take people from a space of "just doing OK" to thriving. Of course, psychedelics are not a substitute for coaching – it is vital that you thoroughly research any substances before trying them. Hiring an experienced Integration Coach to help you process your experience is crucial to help you process and make sense of your experience.

How Do Psychedelics Work?

But how, exactly, do psychedelics work? I don't know about you, but I like to understand the science behind everything I do entirely, and I've spent a LOT of time reading up on the neuroscience and chemistry behind different psychedelics.

For my Masters in Coaching Psychology and Positive Psychology, I focused on the potential overlap between Coaching and Psychedelics, and now I'd like to share some of that research.

Neuroscientists don't wholly understand how psychedelics affect the brain, partly because our understanding of how the brain works is still in its early stages (although we know a lot more than we did 20 years ago).

The consensus is that psychedelics stimulate specific serotonin receptors in the brain, specifically the 5HT2A receptor, which is connected to mood regulation and cognition. However, scientists don't quite feel that this, on its own, is enough to explain the effects fully and are still researching what other receptors are involved.

One of the things that psychedelics do is shake up our idea of who we are. Just as in a really good coaching session, a psychedelic trip lets you see the world from a completely different perspective, view problems from an angle you had never considered before, and even leave you altogether questioning your worldview and sense of identity.

Most people who experience ayahuasca or psilocybin, for example, experience what is referred to as "ego death" – the sense that the normal boundaries between themselves and the rest of the universe fade away and they experience the Oneness and connectedness of everything.

This same sense of expansiveness and interconnections with the universe can be experienced through kundalini yoga, meditation, and other shamanic states, and it could well explain why a lot of people who come out of psychedelic experiences show long-lasting increases in the personality trait of "openness" and connectedness to nature.

When two of the leading psychedelic researchers of the 1970's – Timothy Leary and Ram Dass – went from being straight-laced Harvard professors to being vocal opponents of the Vietnam war that the US government recognized how threatening psychedelics were to the status quo!

To understand how the psychedelic experience can lead to these "quantum leaps" in consciousness – where our idea of who we are and how the world works is completely shaken up and re-framed – we need to understand the Default Mode Network.

This feature of our brain was not discovered until 2001 when Marcus Raichle at Washington University realized that when subjects were asked to "do nothing" inside fMRI machines, large parts of the brain still lit up. They concluded that these are the parts of our brain that are active when we daydream, think about our past and future, worry, reflect, ruminate, or imagine – generally things that solidify our sense of being a separate, individual self.

The Default Mode Network has been referred to as the "orchestra conductor" or "corporate executive" of the brain – it manages and keeps all our brain systems together and acts as a controlling valve for what seeps up from our unconscious mind into our conscious awareness.

According to Robin Carhart-Harris, one of the most prominent researchers in the neuroscience of psychedelics, the DMN runs a tight ship in order to "reduce entropy" in the brain and to stop us from slipping into the "anarchy" of mental illness. However, we all know what too much order can lead to anxiety, perfectionism, or very rigid thinking.

During psychedelic states, it turns out that the Default Mode Network experiences reduced blood flow, while communication between other parts of the brain starts to increase. Without the DMN keeping everything in check, things that were buried in your subconscious may rise to the forefront, which explains why psychedelic experiences can often help us to process repressed trauma.

This is also the reason behind most experiences of having a 'bad trip' – if you take psychedelics with the aim of having a good time and your childhood trauma pops up unexpectedly, it can definitely ruin your party. However, taken in a safe setting with the intention of processing that trauma, it can have long-lasting positive effects.

This "increased entropy" in the brain can also explain why psychedelics can lead to bursts of creativity, new ways of looking at things, and light bulb insights. To put it another way, psychedelics allow us to experience the world like a child – with curiosity and wonder, rather than bringing all of the baggage of past assumptions, experiences, and lazy mental shortcuts to everything we perceive.

The Default Mode Network doesn't start to activate until adolescence, where our brains start to undergo a deep process of myelination. Think of a path you might take through the woods – the more you walk down that same path, the deeper it is ingrained into the land until you forget that there are other ways to walk.

Myelination is kind of like this – for the purposes of efficiency and energy saving, as we get older, our brains start to solidify their neural pathways, which can lead to lazy thinking and an inability to see things differently. This is how personality traits or habits seem to be deeply ingrained – until a psychedelic experience shows you the space in which you have the freedom to choose a different response or path.

Psychedelics such as LSD and DMT also increase neuroplasticity by increasing the number of dendrites (neuronal branches), the density of "spines" on those dendrites, and the number of connections between neurons. This is thought to explain how psychedelics can help to repair circuits that are not working properly in anxiety and depression.

This increase in neuroplasticity continues for up to 90 days after a psychedelic experience, which is why it's so important to put in the effort to integrate our new insights, thoughts, and behaviors in the weeks after our experience (e.g. through integration coaching).

There's a wealth more research out there on the ways that different psychedelics work, and the multiple benefits (and risks) of taking them, and of course, I'll go into this in a lot more detail in my upcoming book.

"Neural correlates of the LSD experience revealed by multimodal neuroimaging," by Robin L. Carhart-Harris et al., is published in the Proceedings of the National Academy of Sciences, 11 April 2016

The views and opinions expressed in any blogs (Wellbeing Good Reads Forum) are those of the authors and do not necessarily reflect the official policy or position of Wellbeing Radio Ltd. Any content provided by bloggers/authors or presenters is of their opinion and is not intended to malign any religion, ethnic group, club, organization, company, individual, or anyone or anything and is not a substitute for professional care and support. For more information, please see our T&C's