Say No! to toxic beauty standards 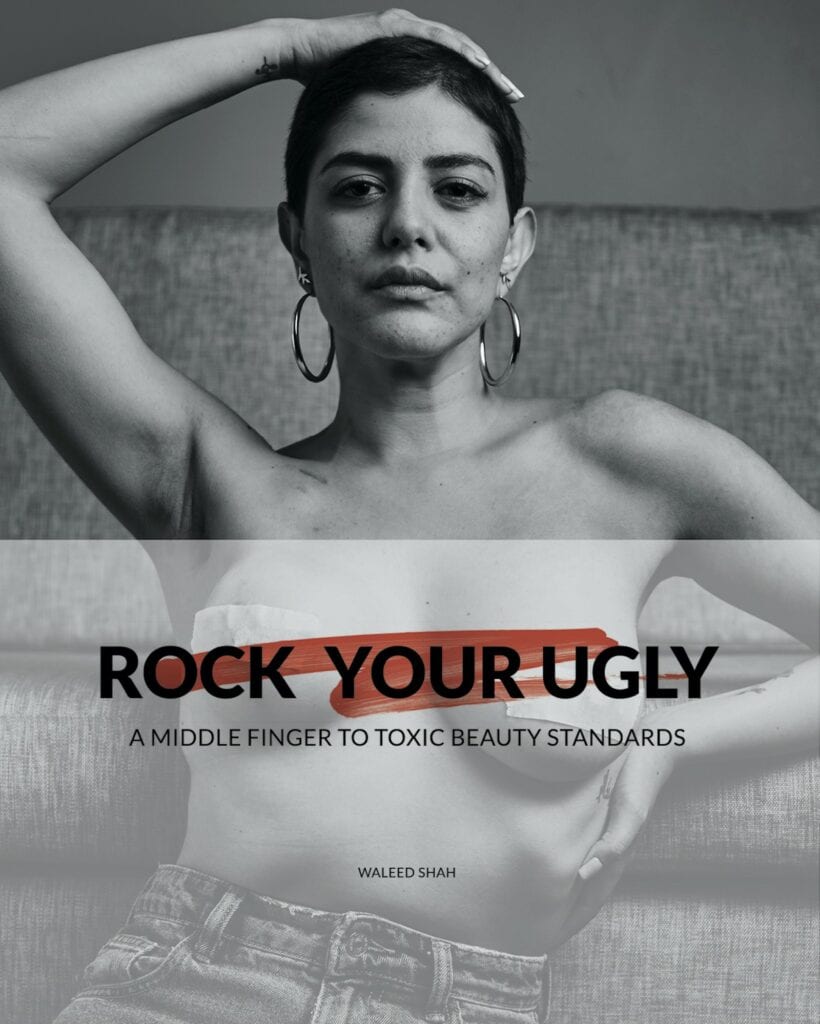 Acclaimed international photographer Waleed Shah’s intimate and revealing portraits are credited with kick starting a major mental health and body positivity movement in the Middle East. His series of portraits became a viral sensation as Waleed asked each subject to showcase their biggest insecurity front and centre and to share the story behind it.

Now his long awaited and beautiful book Rock Your Ugly - A middle finger to toxic beauty standards  is out. Building on the viral success of the movement he created, it brings together a compilation of the portraits and stories of the men and women brave enough to bare all and reclaim those parts of themselves they have struggled to embrace or hidden behind make-up and filters.

The portraits reveal how damaging a chance word or off-hand comment can be on our confidence and how important it is that we be kind (to ourselves and to others) and reject toxic beauty standards.

My earliest memory of feeling less pretty than every other girl around me was when I realized my breasts were not growing normally. I was fourteen years old and I was sitting at the dining table with my family, and my mom asked, “Sarah, what’s wrong with your breasts?” She had noticed that my breasts under my t-shirt were shaped very oddly. I know that she meant well and that she probably thought I was wearing a funny-looking bra, but I got so mad and embarrassed that she mentioned it in front of everybody. I didn’t know what it was. Neither did she. We thought, Hey, late bloomer! They’re still growing! But over the years, I visited many doctors, surgeons, and gynaecologists, and nothing was ever explained to me properly. I was misdiagnosed and not taken seriously. Because of my breast deformity, I started hating my body.

For as long as I could remember, my father was in and out of jail, because of selling drugs. I remember when I was younger, he would say to my mom, “Oh, tell her I’m in London. Don’t tell her I’ll be in jail.” But just because I was young didn’t mean I was naive. I knew the code words. I could tell. I always had a feeling that my dad was up to something because there would be lots of money for a good couple of years and then none, and the cycle would continue. He’d disappear and come back and disappear and come back.

As I grew up I didn’t know what I deserved: being physically abused, being emotionally abused, being dragged to the floor by my hair, being pushed and grabbed, being cheated on over and over, and accepting that. Thinking that verbal abuse was love. How could I know how to love a man when I hadn’t received any love from my father, the first man in my life.