The Scars of Trauma 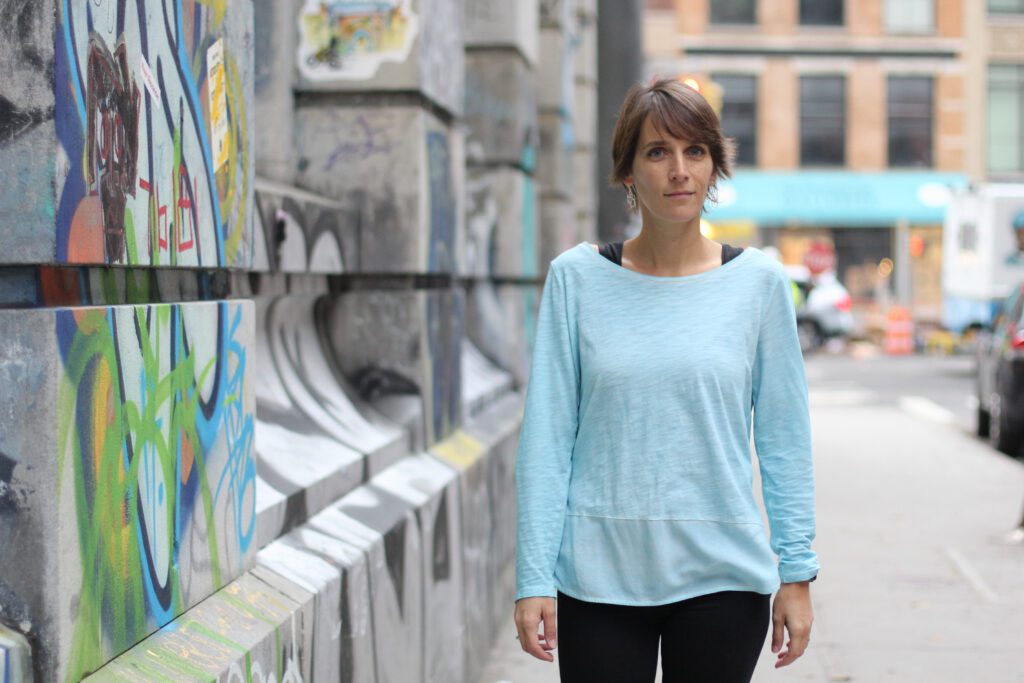 How EFT Has Changed My Family’s Life

We live in a global world, where our differences are vast and complicated. However, one common thread that connects us is that we all have in different capacities faced trauma. Some of these events are life-threatening and leave the victim helpless or powerless. These so-called big “T” traumas include the death of a parent, sexual abuse or a major car accident. Other events may be less severe, but still, the trauma can have lasting effects.

Small “t” trauma examples are being bullied, divorce of the parents or the loss of a pet.

My life has certainly been riddled with traumatic events. A week after I was born, my 27-year-old father suffered a major stroke. He went into a coma and was between life and death for weeks. My mother’s breast milk disappeared from one day to another due to stress. She was running back and forth between our home and the hospital, while I was mainly taken care of by my grandmother and my aunt. To say the least, it was not the ideal start of life.

Fortunately, things got better. My father was able to go back to work, my little sister was born, and all seemed to be going well. However, when I was eight, the situation took a turn for the worse. My father had a second stroke, followed by a third one just a year later. Experiencing this as a child was highly traumatic and I developed long-term anxiety with worsening symptoms.

Years after my own children were born, I started having anxiety attacks. When my phone rang and there was no caller ID, I started sweating, trembling and was barely able to breathe. I was sure that someone was phoning me because something terrible had happened to my kids, husband or parents. I always had the worst-case scenario in mind and I could do nothing to prevent the negative reaction.

This went on for years, until someone introduced me to a method, called Emotional Freedom Technique, also known as tapping. I remember the very first time I tried using it. Within a few minutes, I started feeling safe and at peace, like I was in a protected bubble. My anxiety disappeared in no time.

A week later, my then 6-year-old son had a massive outburst of rage. As a young child, his high intellect was not on par with his emotional intelligence (EQ), which sometimes wreaked havoc. This caused huge tension and the whole family suffered from it. Intuitively I felt that tapping could help him, so, vaguely recalling the technique, I started gently touching the specific points on his body. It worked! Just a few minutes later, he had completely calmed down. I felt like I was onto something extraordinary.

Not long after this incident, my son had a football tournament. Back then, football was his life. He would get up at 3am to get dressed, then wake us all up just to make sure that we didn’t miss his first match. It might sound funny, but I can reassure you that we, the two exhausted parents, did not see it that way. We arrived at the tournament (of course we were on time), and my son started warming up. Then something unexpected happened to him. He started sobbing, was shaking and had difficulties with breathing. He ran to me and begged me to take him home. It turned out that a player in the opponent's team had a limb difference. The sight of his missing arm caused my son a full-blown panic attack. I calmly asked him if we could try the same tapping exercise we did a few weeks earlier and if it didn’t help, we would drive back home. He agreed. After a few minutes he stopped crying and his breathing went back to normal. I gently continued to tap on him for another few minutes. Slowly a smile started forming on his face and he told me he was ready to play again. I could not believe it! In less than ten minutes, my son was back to his normal self, ready to win the match.

I needed to know more about this magical technique. I found out that EFT is a combination of the ancient method of acupressure (where we touch different energy points on our body) and modern psychology (where we talk about the problem). It is extremely efficient as it changes the neural pathways in the brain. Over 100 studies demonstrate its efficacy (Bach et al., 2019), pointing out a significant decline in a wide range of psychological symptoms, including anxiety (40%), depression (35%), and posttraumatic stress disorder (32%). Tapping not only works for mental issues but also helps to decrease pain and improve focus, concentration and performance (Boath, Stewart & Carryer, 2013; Stapleton et al., 2017). EEG monitoring systems show that tapping reduces the brain waves. In a very short time, people move from the highly alert and active beta state to the deeply relaxed and inward-focused theta state, which bridges the gap between the conscious and the subconscious mind.

These discoveries and the event with my son on the football pitch ended up being a turning point in my life. I quit my high-flying job in sports marketing and decided to dedicate myself to learning more about the method and to better understand how the human mind works.

A few years later I enrolled for a master’s degree in psychology. I was always eager to figure out why certain people thrive in what they do, while the others never really make it. For my dissertation I interviewed elite business leaders, aiming to get an answer to my burning question and understand how this knowledge can be transferred to helping raise empowered children who believe in themselves and dare to pursue their dreams.

Although all of the high-performing interviewees had different personalities, motivations and backgrounds, the study revealed that there were certain connecting patterns that led to elevated professional achievements. First and foremost, while all of them faced certain trauma during childhood, they were able to overcome the challenges. None of them regarded these adversities as setbacks, rather opportunities to learn from. All the participants had high levels of self-awareness, which is an indication of elevated EQ. They were consistently humble, exhibiting no necessity of elaborating on the details of their achievements and they did not set performance goals, instead, they focused on acquiring new knowledge. The research also concluded that the chosen participants all possessed growth mindsets.

The study made it clear to me that certain characteristics lead to high performance. However, the question remained how we, as parents, could help our children to become happy and successful, especially if they are full of blocks, because of negative programming in early childhood.

In my opinion, the answer lies in aligning the conscious and the subconscious mind. If the subconscious is not on board, nothing will ever happen on the conscious level, independently of the effort we make. If we are stuck with our limiting beliefs, it is difficult to make the right choices and to reach our full potential.

While there are other methods that help with subconscious reprogramming (such as hypnotherapy, PSYCH-K or Matrix Reimprinting which all require the support of an expert), I suggest that you start with EFT. It is a technique that can be easily practised on your own. There are thousands of EFT videos available on YouTube addressing all possible issues you can think of. Learning the technique has changed my life. Although I still face anxiety every once in a while, now I have a tool that allows me to keep the emotion completely under control. This has not only made a positive impact on me and my business but has also significantly contributed to the well-being of my family. One of the greatest achievements is that my 12-year-old son is now able to name his emotions (the first step in practising EQ) and ask for help when he is struggling.

In reflection, it is awe-inspiring to look back upon one’s life and see how all the pieces shape the choices we make and help us become the person we are. I am a living example of taking the trauma of my childhood, and then turning it into something purposeful.

Give EFT a try, trust me, you will not regret it!

As a high-performance strategist for business leaders and professional athletes, Nora Szanto has helped hundreds of clients overcome subconscious blocks and limiting beliefs to reach their full potential. Since the breakout of COVID-19, she has turned her focus toward supporting families.

Nora has a master’s degree in psychology and is a certified EFT, Matrix Reimprinting and PSYCH-K practitioner. Based on her research, she wrote a fictional adventure book for children aged 9-14, called The Celestina Code. This innovative story is set in the future and merges all the excitement of a thrilling quest with the added advantage of stimulating the brain into a state of learning. It aims to inspire the children to believe that their dreams are attainable by empowering them with essential high-performing traits to rise from adversity, overcome obstacles, step into their truth and reach their goals with integrity. The book is available for pre-order at nora@noraszanto.com.