Touch: The mother of all senses 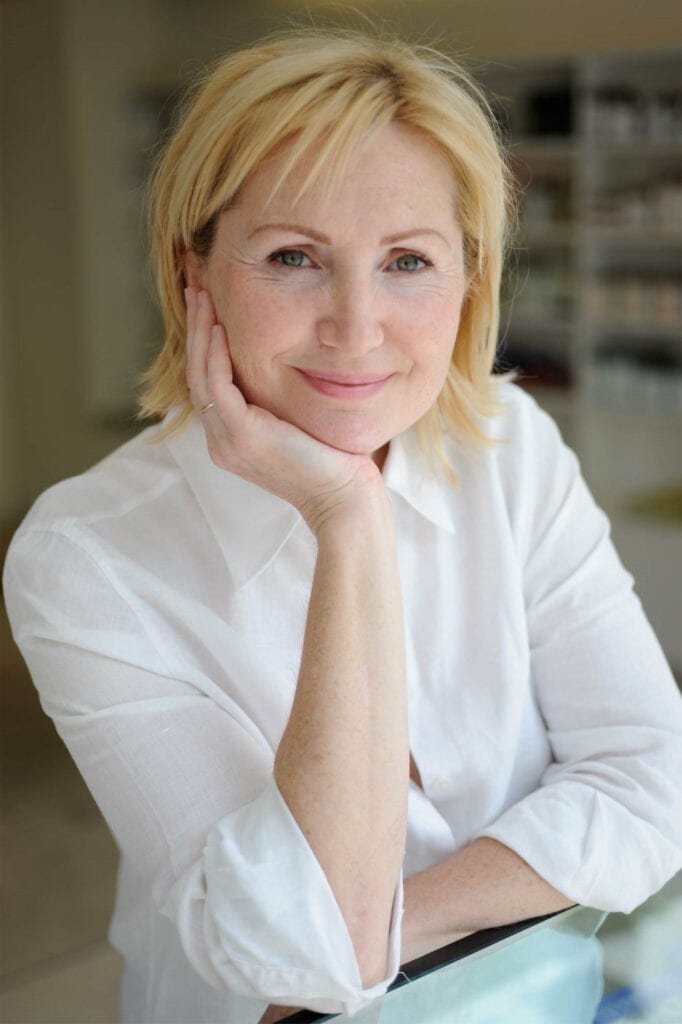 Massage is not about pampering or pummelling, for Beata Aleksandrowicz, international expert on massage, healing and wellbeing, and founder of Face Massage with Beata online classes, it's about rediscovering the forgotten power of touch.

I am a firm believer in the healing power of touch. It has been central to my work for over 20 years and informed my visit to Africa to work with the Kalahari Bushmen. Until recently, very few studies have been conducted into the beneficial effects of massage on health and wellbeing. However, in 2020, BBC Radio 4 collaborated with The Wellcome Collection on The Touch Test, a study that analysed peoples’ attitudes and approach to touch. It found that positive attitudes towards touch are linked with greater wellbeing and lower levels of loneliness, according to the global study of 40,000 people from 112 countries.

Some initial findings from the report concluded that nearly three quarters of people — 72 percent — reported a positive attitude to touch, while 43 per cent of adults felt that society does not enable us to touch enough.

As a massage therapist, I am struck every day by how much we need touch and how powerful an experience it can be. On a physiological level, there is no better way of releasing tension from the muscles than through massage. It is a great remedy for aches and pains and can help the entire body function more efficiently.

Touch is the mother of all senses

Touch is the mother of all senses and is the first sense that develops in the embryo. It’s how we learn about the world around us and gives us the deepest connection with another human being. It brings comfort, reassures us that we are not alone, provides warmth, care and attention.

In today’s disconnected world we avoid touch because we don’t have the emotional understanding of how to respond to it. People don’t know how to handle intimacy either – even a simple hug can become a problem. This has been exacerbated by Covid-19 where touch and hugging was ‘banned’ for almost 12 months. This is why touch can be misunderstood and misused. Positive touch is a condition of physical and emotional growth and I believe massage plays a vital role in restoring this balance.

My clients always emphasise how strong they have become - mentally and physically - since they have incorporated regular massage into their lives. They feel positive, healthy, much more aware of their body and posture, and more able to cope with the stresses of everyday life. Whatever their background or age, the comments always seem to be the same.

However, I believe there is another dimension to the knucklings and kneadings I administer, which goes beyond any physiological changes in the body. For me, it's the idea that touch is fundamental to all human interaction. This has fascinated me ever since I began massage therapy over 20 years ago. Unfortunately, not only is this idea neglected in massage manuals, it's simply no longer a part of our everyday lives.

In her inspirational book, Touching, Ashley Montagu wrote that we can reach out to other planets, but too often we cannot reach out to our fellow humans. Although touch is the mother of all senses, it does not appear to be present in today's society. Often associated with violence or sexual abuse, human touch - pure and simple - has almost vanished.

We are afraid to touch others. We aren't willing to accept, much less appreciate, the close proximity of another. We simply don't know how. In crowded spaces, we physically retreat from this most basic human involvement. But we all have a deep need to be touched. We all want to feel the warmth of a hand on our shoulder after a long day, or a gentle stroke on our head in moments of difficulty.

It is scientifically proven that babies and children grow to be much healthier when they have had the chance to experience loving touch. For seniors too, the physiological effects of touch benefit the body greatly. It can help them to cope with the loss of their partners and friends, and to establish a strong bond with their families. A soothing neck or hand massage from a grandchild can make a world of difference.

Touch is the first sense to develop and is still active even when sight or hearing is lost. It gives us a sense of reality. As Bertrand Russell wrote: "Not only our geometry and our physics but our whole conception of what exists outside us, is based on the sense of touch."

Human connection through touch, when you don’t speak the same language

When we touch, we communicate on a profound level. We become aware of our physicality but also feel a deep sense of belonging. We reach the core of our existence and communicate beyond language.

As part of my research, I visited one of the oldest cultures on earth, the Kalahari bushmen. In their village in southern Namibia I learned about their healing tradition. When I first met the bushmen, there was silence - I did not speak the language and we did not know each other. I was given permission to touch them, first on the hands, then the arms, the shoulders, their heads and chests. Carefully and gradually, barriers began to disappear. The words which later emerged were given greater depth and meaning because they were instigated by touch.

Sitting there, under a tree in 40C heat with these extraordinary people, I realised that we are generally afraid of the unknown - and that, today, touch itself has become an unknown. To learn about it, we have to set aside our verbal framework and our prejudgments, and simply accept this silent form of communication.

Even if you don't speak the same tongue, you will begin to understand one another. This is when true communication begins. The pearl inside each of us starts to shine. We begin to feel good, beautiful, important and loved.

The journey has just started

Touch has been integral to our culture for millennia, but hasn’t been truly recognised until recently for its potent power to heal and connect us. Studies like the one the BBC and Wellcome Trust conducted have helped to play an important role in opening our eyes to the wonder of touch and its vital role in our lives. I also believe that during the beginning of the pandemic, many people became afraid of touch as it was believed that by touching another person, it would spread the virus. The issues around this will be slow to unpick. And for massage, only in the past 20 or so years has therapeutic massage been recognised for its true power to heal pain, trauma and even depression. We have a long way to go until people truly understand and embrace the healing power of touch.